You can read the review of earlier matches here. Yesterday’s games were a lot of fun and entertainment, but nothing raises the temperature like semi- and finals. Today it’s time for Zanster vs Lilbow and MaNa vs ForGG. Ready?

First match of the day – Lilbow (protoss) vs Zanster (zerg).

Lilbow owned Zanster in first game, but game two is where things started to be interesting. Zanster seemed to learn from his own mistakes and wanted to interrupt Lilbow’s dominance, while Lilbow seemed to be confused about what he wants to do. Waves of zerglings and roaches were slowing things down for him. 1-1. We saw some risky game from Lilbow in match 3, he tried to outsmart Zanster but Zanster decided to mess things up for his opponent and for some time those tactics paid off. Lilbow proved however that he is a crisis management god, if he had one more zealot, that would be game over for Zanster early in the game. 8 roaches vs no zealots? Why U no attack! 29 stalkers vs 29 roaches at one point made things even more interesting! Lilbow’s aggressive style paid off and he won this match. Match 4 started with more aggressive gameplay from Zanster. Lilbow went for using oracles as detection and decided to slow down production in Zanster’s base. But Zanster timed his attack perfectly and got sentries when they were most vunerable, causing some serious troubles for Lilbow and a lot of damage in his base by taking off some key buildings. Zanster stocked up on roaches and zerglings and pushed Lilbow to defence. GG and we have game number 5! Cactus Valley all over again (I hate that map!) and Lilbow confirmed – this is a protoss map. Lilbow vs Zanster 3:2, dat baguette! 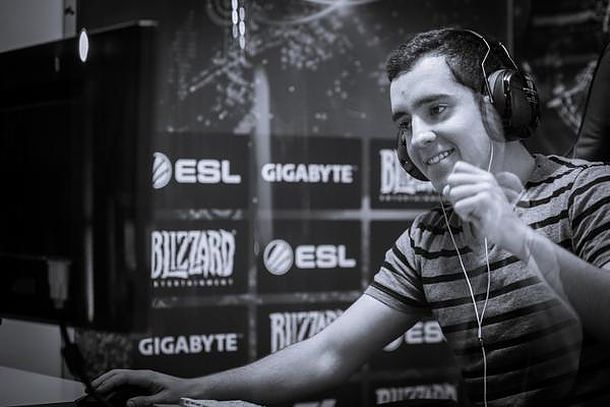 Overall, two great, relatively new players who showed some serious skills. For Lilbow it’s a second chance for the finals in the row. Personally I really like the switch in SC2 e-sport scene. Moar European players and maybe a SC2 renaissance?

Second match of the day – MaNa (protoss) vs ForGG (terran)
5 bases vs terran? Well, chaotic start for Mana was turned into a success anyway – he was going for tricky but ambitious tactics. ForGG’s medivacs were messing around, pushing for success, but he was stopped by beautiful defense by MaNa. With a bit of luck of course – perfect timing for his colossus to actually finish being built just when it was needed the most. ForGG lost a lot of forces while attacking, but MaNa didn’t push, he decided to go for defence. ForGG pushed again only to lose almost everything and didn’t seem to know what he wants to do. MaNa however seemed to balance defense and attacking, destroying ForGG’s economy. GG, crowds go wild, 1-0 for MaNa. Game 2 started with uncommon tactics from MaNa – mothercore and stalker, but no nexus? That was interesting for sure. Gateway tactics were pretty well read by ForGG, who went for more solid economy this time but slacked on medivacs. However, some high end game there from ForGG, MaNa gave him too much space and at this level you can’t afford such mistakes. ForGG pushed, attacked with mines (perfect placements!) and defended and bang, 1-1. Game 3 – Moonlight Madness. Let the madness begin! MaNa seemed to be lost and easily tricked by ForGG, who led an epic and massive charge on MaNa’s base and was soooo close to owning his opponent but MaNa seems to be the king of defense. That was not what ForGG was hoping for, especially since he didn’t prepare his economy for it. In a beautiful style, at his own doorstep MaNa won this game, proving he is a master of micro management. Winning by defending? 2-1 for MaNa. Game 4 – Iron Fortress. Perfect opening for ForGG, less luck for MaNa, but he recovered quickly. This time ForGG decided to go for longer game while MaNa went all out and he got ForGG’s command center down. Epic game is epic, really nice show coming from both players. This is when a referee stepped in and suggested a draw. A draw! But you can’t delay the inevitable – GG MANAAAA!

What a match. And damn it, those manners! MaNa asking the crowd to show ForGG some love? Damn, man, you are writing history, hope people learn from you! 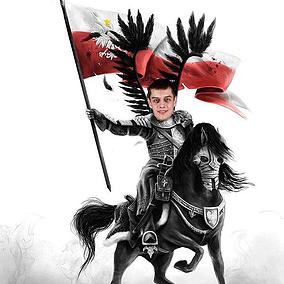 And for the first time ever, we have an all European final!

Are you excited? Chris Sigaty, Senior Lead Producer of SC in the house! Brief history of the SC’s early days and some inside info, some sneakpeaks of sneakpeaks of new series… and here we go… or not – cmon! Stream down?!?! Some serious technical issues resulted in best jokes ever. But we’re back on track. So, cinematic? 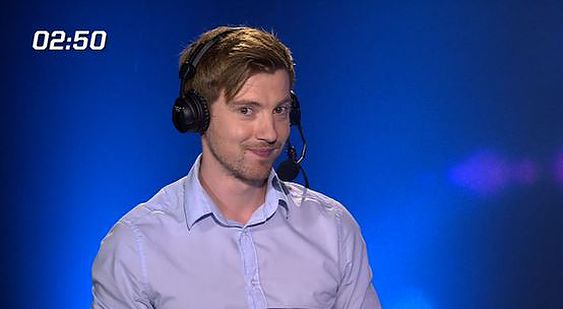 …or not, Jason Huck, Lead Level Designer for SC on the stage really gives you a taste of that famous Blizzard “soon(TM)”, just give us the cinematic already! Ok, quick run through previous parts and here we are…

Wow, just wow. Not so excited about protoss- centric lore (just finished zerg campaign again yesterday, it’s For the Swarm for me for now), but I defo know what I am getting for my bday ^^ 10.11, be there or be squared. Plus, it is Blizzard, of course the cinematic is epic!
Enough about LotV, that is still something for a different post.

MaNa vs Lilbow! Just in time for protoss expansion, we have protoss vs protoss. This is going to be interesting with Bo7!

Game 1, it’s on! Both players started the same way with temple being built, but MaNa went on for robotics. Confident Lilbow seemed to know what he is doing until he started making mistakes but he seemed to recover fast. First battle and MaNa’s defences were able to hold, but the damage was pretty big. It was hard for him to recover, GG and round 1 for Lilbow.

Game 2, MaNa going for Council, Lilbow – for gateways. Lilbow was consistent with his aggressive charges, but MaNa learned his lesson and went for attack as well. Knowing he is outnumbered, he still managed to force Lilbow back into his base. Protecting his own base, he was still pushing for attack, Lilbow had none of it – with a perfect flank attack he was able to overcome the threat. But MaNa was focused on his target, GG and we are at 1-1. Fantastic game, players are so even.

Game 3 and Iron Fortress. Mana going for Twilight Council again, Lilbow waiting and not scouting, focusing on robotics. Which paid off, because he was able to trap his opponent’s dark templars and kill them, but MaNa decided to keep pushing. Which didn’t pay off, Lilbow’s micro management secured him second victory. 2-1 and we move on to game 4.

Game 4 and Coda. Lilbow not scounting again, MaNa taking it the safe way. Both going for stargate. MaNa lost a lot of probes to Lilbow’s oracle, but he stocked up on phoenixes and was going for robotics. Lilbow went for mass stalkers, while MaNa wanted to stock up on colossus and immortals. Very cautious PvP and next gen tactics, MaNa’s 2 bases vs Lilbow’s 3. Base trade and unbelieveable finish by Lilbow. 3-1 thanks to an amazing decision of going for last nexus instead of going for PvP. You can watch the nexus snipe here. Really good game!

Game 5, and some epic micromamangement from both sides. 3-2, MaNa takes a quick victory, not giving Lilbow many options.

Game 6 and we go for gate rush again! MaNa once again mastering micromanagement, but game was a close one. Lilbow rushed his stalkers to MaNa’s base and MaNa couldn’t do anything about it. GG!

Lilbow wins in a beautiful style! Raise your baguettes! 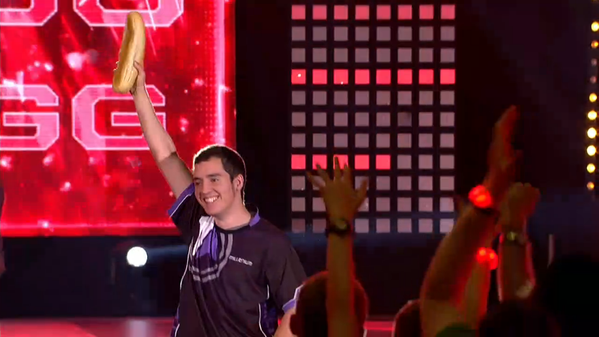 Overall, in terms of gameplay this tournament was amazing. Skills – top notch. Truly a history in the making – Lilbow managed to get to finals second time in a row. He is also a first ever European champion. But what is even more interesting – we had an all european final. We also had a draw in the earlier tier! Absolutely amazing! Watch out, Korea, we’re coming for you!

I’d be unfair if I didn’t mention two things.
One – the casters. That was a damn solid work out there! And in the style I like the most – friendly banter, not some poshy posh tie-and-suit stuff, I almost felt like I am out there having a beer, watching the games with some of my buddies. Please stick to this model, esports, I could listen to that friendly chit chat between Apollo and Tod for hours. Casters are part of this show, whether you like it or not. And if they keep me at my pc between the games, this is when they are pro. Interesting, often funny and witty casting, interesting game analyses in a lighthearted way – this is how you should roll.

And two: the crowd. It’s absolutely amazing to see so many people acting accordingly to fair play. MaNa was crowd’s favorite, but they didn’t let any of the players feel unwelcomed. They cheered for everyone!

I totally agree with MaNa here: 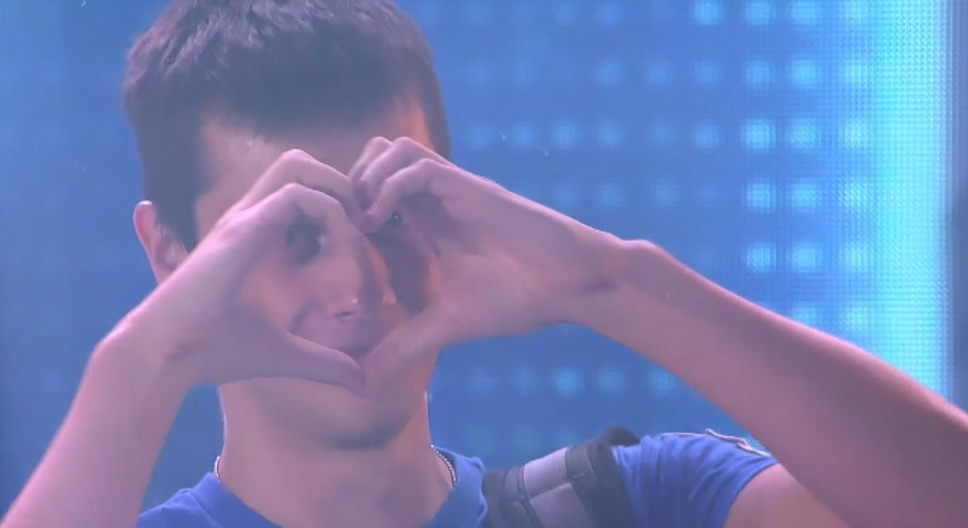 Absolutely amazing event. Esports are amazing and there is a bright future ahead. Glad I can be a part of it!