That was some good time at cinema. Let’s face it, this is not a revolution-in-the-art-of-movie-making type of movie, but it is still damn good entertainment. The amount of bows to the first part is amazing and it was something I really enjoyed. JW is not trying to rewrite the concept of JP and thank Cthulhu for that. More – it actually brings the concept a step ahead. The bows to the original JP were classy, subtle and really entertaining.

But let’s start from the beginning. As for plot – it’s a Hollywood blockbuster, don’t expect a miracle. If you want a plot without raging holes, I suggest you stick to indie movies. Yes, there were holes in the plot, let’s not pretend it was different. But I’m looking forward to Director’s cut and I certainly hope some of them will vanish and certain parts of the story will actually be finished. But what we got was pretty good.

It’s good, but it could have been better. I had a feeling like half of the material that defines the characters was actually cut out. Why did they do what they did the way they did it? Come on, fix it please. Yes, you have time limit, but at least develop the characters a bit more? What the hell happened to Doctor Wu? What’s his story? Why, why, why some things happen? And that weird IT guy who suddenly turns into hero? What about the parents of the boys? Were they divorcing or not? Are they going to divorce now? Too many loose plots left behind to give it anything more than solid 7. 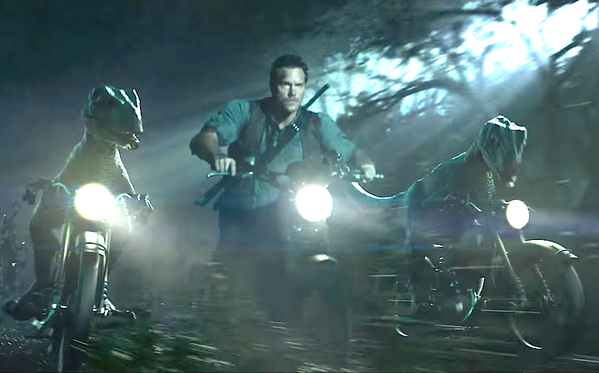 And those emotional “breaks”? meh, 5/10. It’s like the author of the screenplay suddenly remembered he doesn’t write a slasher and had to invent an emotional piece of script in like 5 minutes because they were just about to start shooting.

Acting? Chris is himself, Guardians of Galaxy go Jurassic Park and it actually clicks. The amount of sarcasm, bad boy and “in your face” perfectly mixed and served as an easy to eat dish. The main female role? Miss Claire, hated her at first but damn, that’s a hell of a character evolution out there. Nice “I have to be a cold bitch because that’s what world expects from me” transformed into “I am a real woman, fk the stereotypes.” Nicely written, even if a cliche follows a cliche. Solid 8/10. After all it’s not Jarmush, you kinda guess what you will get. But still, well played. And the two kids? Good, but you ain’t got sheeeeet on Timmy and Lex. Deal with that.

But that last scene? FU, Hollywood. Just…FU. If you spend 125 minutes developing a character, you don’t blow it within last 60 seconds, cmon! You completely screwed BOTH main characters, especially the female. Absolutely horrible scene, complete defiance of what the characters pretended to be for the whole movie. Why would you even put the scene like that into it?

The dinosaurs… Ok, first thing is the filters used in post edit but this subject was mashed on the net so many times it is actually stupid to go through it again. Don’t go there, Hollywood, please. DON’T USE THOSE FILTERS IN CGI! It makes the whole movie look weird. Luckily, this time it was barely visible, phew. As for the CGI – after reading some articles I was sure the movie will feel fake. Those screenshots available before the premiere were not doing the movie a favor. But daaaamn, the raptor race? Pro, top level. It felt so real! I don’t know how they did it but it felt like actual raptors running. 10/10, would bang, ‪#‎TeamRaptors‬ all the way.
And Mosasaurus? Best. creature. ever. Pure love. 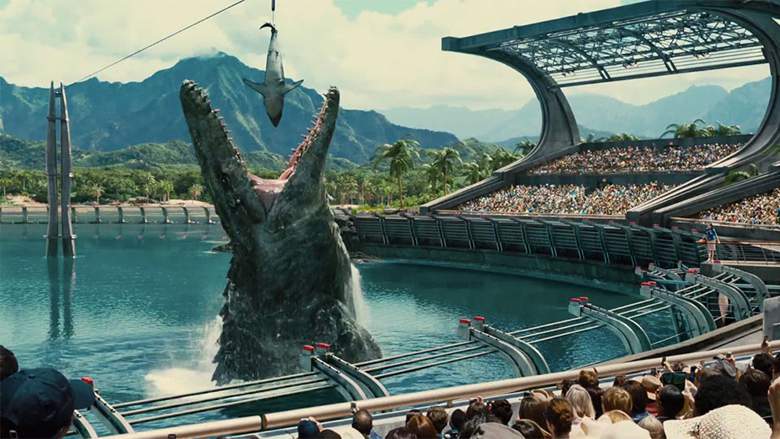 The science aspect really stood out for me. That was my OMG moment. The lab scene is awesome. And Doctor Wu – you were the chosen one… “Nothing in Jurassic World is natural, we have always filled gaps in the genome with the DNA of other animals. And if the genetic code was pure, many of them would look quite different. But you didn’t ask for reality, you asked for more teeth.” In one scene Dr Wu summarized an issue with current science and a problem with potential real Jurassic Park, if one ever is created. Do we want the real experience or what Hollywood offers? How do we approach it ethically? Proper debate about it would be nice but yeah, not here and now I guess.

One thing that defo stood out. How the HELL did Claire do half of what she did in the fkin stilettos? HOW?!?! Seriously?!? You outrun a TRex in stilettos?!? Are you kidding me? I struggle to walk on uneven pavement and you run away from a killing machine in a jungle wearing a pair of Manolo Blahnik’s?!? Teach me, master! And the best part – she – supposedly – actually did it in those heels. Mindblown.

Decent movie, will watch again. Nothing unexpected, “classic” is better looking than “modern” but it is still pretty good entertainment if you don’t overthink it too much. Defo more fun than 2 and 3. However, Jurassic Park is over 20 years old. It’s still an awesome movie, even today. You know what’s the difference between JP and JW? 20 years ago most dinos were actually built, those were machines. They weren’t perfect but daaaamn they looked real. Now with CGI everything may seem easier and nicer and smoother, but doesn’t feel real at all. I will still choose JPark over JWorld, even tho I can quote it scene by scene, that’s how often I watch it. The experience was “real” and pure. JWorld is pleasant, entertaining, but missing that “wow” factor. It’s predictable, cliche and good fun, but nothing of the emotions one can count on with Jurassic Park.