On the picture below you can see Church of Saint George, located in Alanya, Turkey. Built in 5th century. The castle itself was built on Roman fortifications, it bloomed during Byzantine era and later was rebuilt during Ottoman times. Most of the castle was built in 13th century, during Seljuk times, when this area was a sultanate, ruled by Kayqubad I. Also known as Kayqubad the Great for his architectural and cultural legacy. The church of St. George not only was not destroyed, it was preserved and you can still see the original Christian frescoes inside (5th century!!!), if you are lucky to get in. 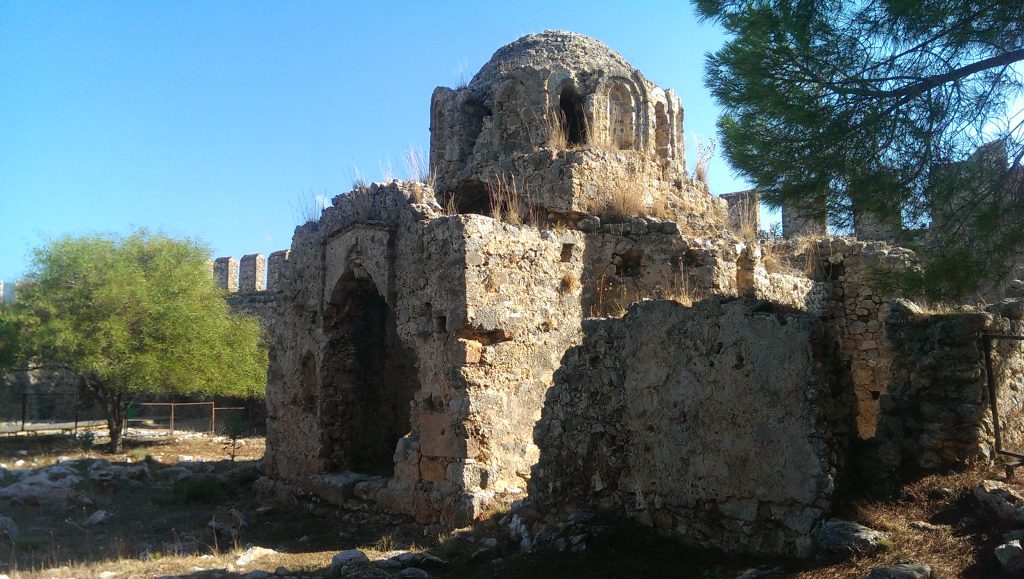 The area is 99% Muslim and they fight to get the castle – and the Church – on the list of UNESCO.

Upon my return to “modern” Europe, the very first thing I saw was info about protests, full of nationals with nazi salutes, wearing symbols they don’t actually understand, shouting some stupid slogans when in reality they have no idea about the history of their own countries.

Don’t hate the masses, hate the extremes. Use your brain, this is why you have one in the first place. Don’t waste oxygen if you have no idea what you are talking about. Somewhere there is a tree producing oxygen you breath – respect that tree and don’t spread BS. And maybe one day you will get a chance to see more than tv serves you and you will see through propaganda.

And if you ever have a chance, make sure to stand on a desert at night and look up to the sky. Look at the silly amounts of stars above you and think what a ridiculous piece of stardust you are.